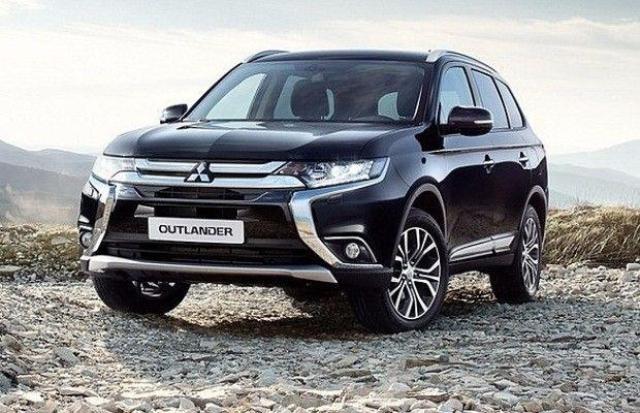 Revealed late last year at the New York International Auto Show, the new Mitsubishi Outlander is set to break all the records, redesigned and re-engineered from nose to tail to deliver modern edgy looks and vastly improved performance on the road. The 2016 Outlander is the first in the Mitsubishi family to showcase the brand’s striking new “Dynamic Shield” design concept, providing a fresh, sleek look on-road.

With improvements galore, the 2016 model is the perfect balance between amazing new features and the great qualities of past models. But what exactly gives the 2016 Mitsubishi Outlander more to love? Have a look:

Exterior
As mentioned above, the new “Dynamic Shield” design concept is perhaps one of the most obvious exterior features of the 2016 model. This feature is inherited from the bumper side protection seen on generations of the Pajero, providing reassuring protection for both people and car.

Interior
As if the outside wasn’t enough to impress, the inside of the new Outlander delivers even more bang for your buck. Embellished with soft touch features and premium grade materials, the whole cabin is built to impress, with refined stitching highlights on the instrument panel, featuring a gloss black screen, and a soft type centre console with room for all your bits and bobs. The steering wheel has been revamped, with gloss black bezel and new accent trim.

But what about the most important part of the interior – the seats? The 2016 Outlander does not disappoint, with improved lateral support and an increase in side bolster stiffness. The LS and XLS models also feature new black cloth seat trim with stitching details complement the new interior look and further increase comfort.

NVH improvements have been developed in part from the application of extensive sound insulation and isolation damping materials throughout the vehicle. A modified engine air intake system allows for reduced engine noise, cabin boom, road and wind noise, along with features like noise-isolating windscreen glass, improved weather stripping, new tyres, damper tuning and modified suspension mounts. And this isn’t all! In fact, the new Outlander has thirty-nine NVH improvements in total.

Acceleration also saw a change, with the revised Continuously-Variable Transmission (CVT) system taking it to the next level. Other improvements include better fuel economy, improved transmission shift quality and downshift response.

Safety
Like all great Mitsubishis, the 2016 Outlander has received a five-star ANCAP safety rating thanks to its combination of active and passive safety features. Front driver and passenger airbags, side, curtain and knee protection airbags, reverse camera and sensors and a Tyre Pressure Monitoring System are just some of the things that help this model get top spot.

Want to be one of the first to get the 2016 Mitsubishi Outlander? Talk to the team at Bartons Mitsubishi today.